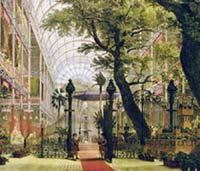 The Great Exhibition was opened by Queen Victoria on the 1st of May at The Crystal Palace in London's Hyde Park. It was conceived by Victoria's German husband, Albert, to symbolize the industrial, military and economic superiority of Great Britain and to promote the advancement of industry and science. The Crystal Palace was designed by Sir Joseph Paxton in only 10 days and is a huge iron goliath with over a million feet of glass. Millions of visitors have already been making the journey there and marveling at the 13,000 exhibits on display, among which are the Jacquard loom, an envelope machine, tools, kitchen appliances, steel-making displays and a reaping machine from the United States. The objects on display come from all parts of the world, including India and the countries with recent white settlements, such as Australia and New Zealand. The Crystal Palace itself is almost outshined by the park, which contains a magnificent series of fountains, comprising almost 12,000 individual jets. The largest of these throws water to a height of 250ft. Some 120,000 gallons of water are flowing through the system when it is in full play. The park also contains unrivaled collections of statues, many of which are copies of great works from around the world, and a geological display which includes a replica lead mine and life-size restorations of extinct animals, including dinosaurs. 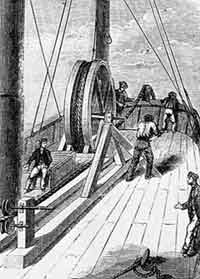 Brothers Jacob and John Watkins Brett set up the Submarine Telegraph Company after obtaining landing rights from the French and British authorities allowing them to lay a submarine cable between the two countries. On their first attempt in 1850, the cable was brought up by a French fisherman who thought it was a rare seaweed with a gold core. Following the failure of their first attempt, the brothers engaged the services of a railway engineer, Thomas R. Crampton, to design and supervise the laying of the cable. This cable consists of a core of four strands of copper wire, covered with a double layer of gutta percha, then surrounded by a covering of tarred hemp, this in turn being enclosed in spun yarn with ten galvanised iron wires wound in a spiral around this. The overall diameter is 1¼ inches, and the weight between 7 and 8 tons per mile, giving a total of about 200 tons. Laying began on the 25 September, HMS Blazer being towed by two tugs, because her boiler, engine, funnel and masts had been removed to accommodate the cable. Her escort was HMS FEARLESS. Reluctant as the first cable had been to reach the sea bed, this one could not reach it quickly enough, due partly to its weight but mainly to the lack of an efficient braking system on board Blazer. On arriving a few miles off the French coast it was found that there was insufficient cable to complete the laying operation. Temporary measures were made until another piece of cable arrived from England aboard the tug RED ROVER. The cable became operational on 13th November 1851 and the prices for that day on the Paris Bourse were successfully transmitted to London. The cost, including laying, came up £15,000.

Lord Palmerston gets the sack 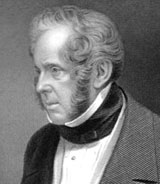 Lord Russell has sacked his foreign minister, Lord Palmerston, after he had recognised the government formed by Napoleon III in France without consulting with his fellow cabinet ministers. In the summer of 1850, Queen Victoria had asked Lord John Russell to dismiss Palmerston. Russell told the queen he was unable to do this because Palmerston was very popular in the House of Commons. However, in December 1851, Palmerston congratulated Louis Napoleon Bonaparte on his coup in France. This action upset Russell and other radical members of the Whig party and this time he accepted Victoria's advice and sacked Palmerston.

Irish Famine: Too little, too late... 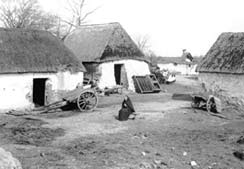 The 1841 census recorded an Irish population of 8.2 million. By now this figure has been reduced to 6.5 million. The famine was the result of successive crop failures and the insufficient and ineffective relief Lord John Russell's government provided for stopping the outbreak of starvation and disease. Despite the deaths and the massive exodus that resulted from the famine, leading to a fear in some parts of the country that sufficient people will not be left to cultivate the land, the owners of Irish estates have been continuing to evict their tenants with as much virulence as ever. 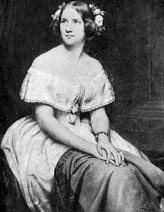 Jenny Lind's U.S. tour has led to an explosion of popularity called "Jenny Rage" or "Lindomania". After touring Europe, Jenny Lind was brought on a nationwide tour of the United States in September 1850 by entertainment promoter P.T. Barnum. Barnum succeeded in building such great public anticipation about the "Swedish Nightingale" that 40,000 people showed up to greet the arrival of her ship in New York harbour. From her opening concert in New York City's Castle Garden to subsequent performances in cities and towns across the country, Barnum fueled public fascination with Lind by orchestrating events and negotiating Lind-endorsed products (including Jenny Lind songs, clothes, chairs, and pianos). Throughout the tour, people mobbed her concerts. Barnum's shrewd promotion of Lind’s character - her modesty, benevolence, and selflessness - as much as her artistry has created a new cultural phenomenon: the celebrity. One scholar contends that because of Barnum’s promotion, Lind has become "the standard for measuring not just sopranos, or even women artists, but women". 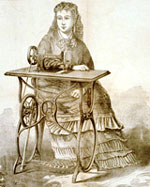 Isaac Singer's new sewing machine is proving to be a huge commercial success. It is the first sewing machine where the needle moves up and down rather than side-to-side and it is powered by a foot treadle. However, Singer's machine uses the same lockstitch that Elias Howe had patented in 1846 and Howe is now suing him for patent infringement. Another American, Walter Hunt, invented the first sewing machine in 1834, but believing that his invention would cause unemployment, never applied for a patent. Singer is now attempting to fight Howe by showing that the invention is already some 20 years old and that Howe should not be able to claim royalties for it. In 1844, the British inventor, John Fisher, also patented a lacemaking machine that was identical enough to the machines made by Howe and Singer. Sadly, Fisher's patent was lost in the patent office leaving him without any legal ground to join in the potentially lucrative patent battle.

In February, gold was discovered by Edward Hargraves at Summer Hill Creek in NSW. Edward Hargraves, who had recently returned from California, claimed that he had noticed similarities between areas of NSW and California's gold-bearing regions and had therefore known exactly where to look when he had arrived home. Although gold was initially found in NSW, it wasn't long before people discovered it in other States. Victoria was the first and gold mines have since been established at Ballarat, Bendigo, Castlemaine and McIvor. By the end of September nearly 1000 miners were digging for gold on the Ballarat field alone and numbers are swelling every day. 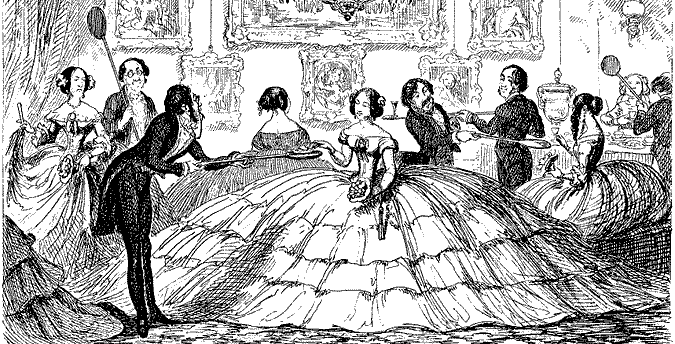 “A Splendid Spread” by George Cruikshank